‘I Script My Script’ - Street Theatre and Liveable Lives 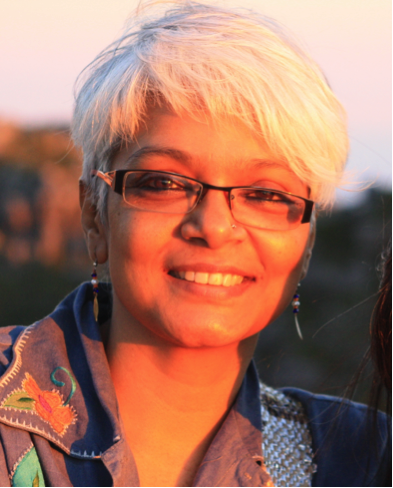 I Script My Script

Let’s begin with theatre coming out of the proscenium, however fascinating and ‘larger than life’ the stage is, theatre needed to go beyond ‘suspended disbelief’ and enter the zone of ‘grounded conviction’. Some of the forms that proscenium theatre metamorphosed into are: community theatre, street theatre, guerrilla theatre, prison theatre, campaign theatre, protest theatre, poster theatre, theatre of the oppressed, one-wall theatre, theatre for development and many more. Sometimes they are named according to the forms they have taken or specific group of people that are involved in it as one-wall theatre, poster theatre, street theatre, prison theatre, community theatre or theatre of the oppressed.  Sometimes the names emerge out of their purposes – protest theatre, development theatre, guerrilla theatre or campaign theatre.

All of these forms are practised in India, for stated purposes by specific communities using methods/tools available and necessary. I feel this can be one of the marked differences or points of departure of non-proscenium practises from an elaborate proscenium production. They had purposes other than entertainment – political motivations to protest, subvert, create, change or raise awareness. Not that proscenium theatre did not play its part to politicise an issue, raise questions or motivate people beyond entertainment - Nobanno by Bijon Bhattacharya, produced by ITPA in the late 40s, is an excellent example where proscenium theatre and purpose came together to create a socio-political movement, the group theatre movement.

Theatre in Bengal flourished in three broad streams which are interconnected since the late 40s - A) the proscenium-based theatre dedicated to entertainment also known as the board theatre, which is almost extinct today, B) group theatre or proscenium-based theatre with a purpose, where the act of producing a play is politicised and thereby has become a movement in itself, and C) non-proscenium theatre, loosely called the street theatre, where both form and content are created differently than the proscenium.

Chargesheet (1949) was among the earliest street plays in Calcutta. Chargesheet was performed at Hazra Park, Kolkata to an audience of thousands of workers, and later repeated many times across West Bengal. The broken and sporadic history of the street theatre movement in India coincided with periods of political unrest. During the turbulent 1970s, Calcutta saw hundreds of such performances by radical outfits and with the Emergency declared by the central government in 1976, street theatre entered a new and potentially dangerous phase. Performers were attacked, often by the police, which resulted in the death of at least two activists, Ashis Chatterjee of Theatre Unit in 1972 and Prabir Datta of Silhouette in 1974. Many others were arrested, beaten up, tortured and killed in other parts of India - Safdar Hashmi of Jana Natya Manch, Delhi, is one such person.

Sappho for Equality had started using theatre, in the street theatre format, for almost 10 years. Our form of theatre can be called campaign theatre because it is generally used as an advocacy/campaign tool to reach out to the general civil society. These productions range from skits to one act plays to audio plays to poster plays and even a few proscenium presentations.

Our production process begins with a series of workshops where we try to understand the issue(s), the purpose and the message. Then a working script is created involving interested volunteers (all non-actors) through a process called ‘hot seat’. Each character as asked to sit on a ‘seat’ and imagine the character to be played to create scene/scene(s). We usually keep the stage craft to a minimum and leave space for improvisation on stage/arena.

From campaign to community theatre, we are planning to enter into another segment through Liveable Lives. Community theatre is often referred as theatre ‘for the people, of the people, by the people’, practised and propagated through various forms including ‘Theatre for the oppressed movement’ and Augusto Boal. In India and Bengal, we have several groups, both theatre practitioners and NGO workers, who work on the ‘sepctactor’ technique and use improvisation to drive a point/issue/notion home. I was a part of one such group using and reconfiguring these techniques. ‘Spectactor’ is a technique where spectators are engaged and encouraged to take part as actors to register their ideas, versions, arguments and/or dissent about a relevant topic. Sappho for Equality has never used these methods in its campaign theatre, but since Liveable Lives is more about learning to understand liveability and expressing and/or challenging notions of liveabilities, I think some of these techniques will help us reach there.

I have named this process as ‘I Script My Script’, where we will encourage our community of respondents to take part in theatre workshops where our individual and collective idea of ‘livebilities’ will be explored to create a script of ‘livebilities’. The script thus scripted and enacted by ‘me’ about ‘my notions of liveability’ will be an empowering creative process as experienced in community theatre, which can further be used as campaign theatre to communicate with the larger society.  The whole process can be documented and later used to further learn and replicate if necessary. We have also decided to create a video-spot from this process to be used as advocacy material.

I am eagerly looking forward to this process with all of you!