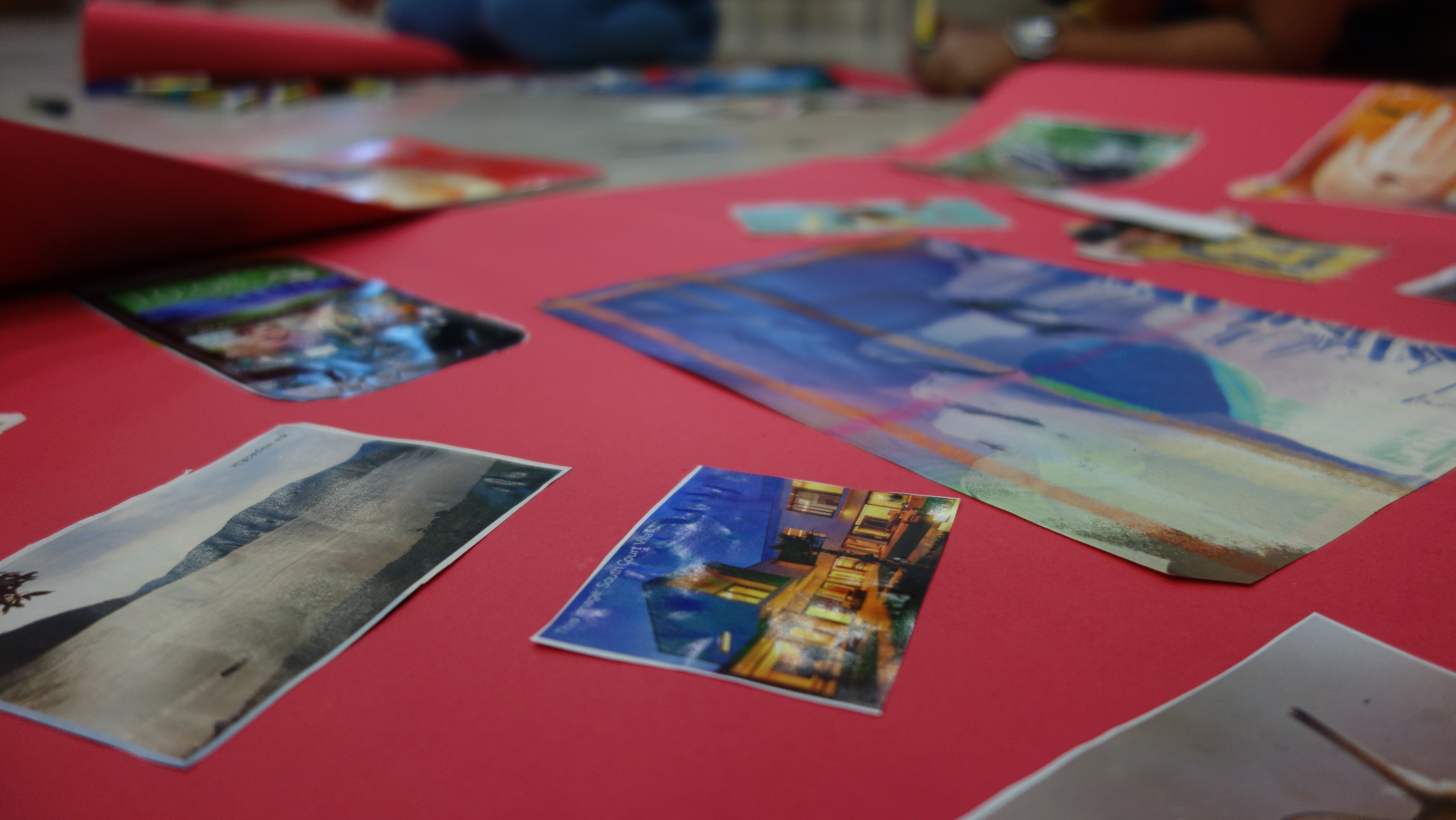 On the 22nd of March 2015 we had our second project workshop with five people. The participants were mostly young adults either working or studying in and around Kolkata. We did a focus group discussion on liveability, a timeline, a collage making and feelings review, and an open-ended questionnaire with the participants.

A day before the workshop our team had set out to gather the materials required for the workshop. We bought stationeries and various glossy magazines for the collages. Interestingly the old bookshops lined along the footpath had a great collection of magazines, much more than high-end bookstores of Kolkata. While sifting through the magazines we realised the people who were going to participate were LBT identified (whether open or not), but their gender expressions and identities were going to be unique. In India it is hard to find magazines for transpersons, lesbians, gays or anyone non-normative, but we tried to select some that we hoped would appeal to our participants. We chose magazines with themes of nature, travel, photography, bridal-wear, couture, gadgets, cars, lifestyle, and home décor, in both Bangla and English. Our ideas of femininities, masculinities, and everything that falls in between or beyond the spectrum; our ideas of different kinds of liveabilities eventually will give rise to the participant’s ideas of the same. In some ways our choice of magazine (something as important and yet trivial) can shape other’s concepts around liveability.

Although number of participants confirmed was seven, on the day two participants cancelled and we were finally a compact group of five and the three-person research team. Some of them were friends from before and one of them actually met the others for the first time after becoming friends with them on social media. It was fascinating that a small workshop for a research project became a space that united a few people living around the city, who belong to the same community.

The workshop turned out to be a great success because the dynamics of the group were amusing since there was a familiarity and an openness that we didn’t anticipate. The programme was important for the research team because interpretations of ‘home’, ‘security’, and liveability are interwoven with space, cities, and urbanity. Two of the participants were from Kolkata while the other three were from adjoining districts. One recurrent thought that came up was the decision to “settle down” but not with parent’s or in the same locality. Some of them hoped to migrate to other bigger cities where they could remain nameless and faceless. The day ended with the participants filling up an open-ended questionnaire (click here to see the questionnaire in Bangla) that asked for some important details on liveabilities. Together we explored relationships, familial pressures, social exclusion, and we encountered some vibrant thoughts on liveabilities—creating a division between benche thaka (living) and tinke thaka (surviving), and how each person travels across this line throughout their lives as queer individuals.