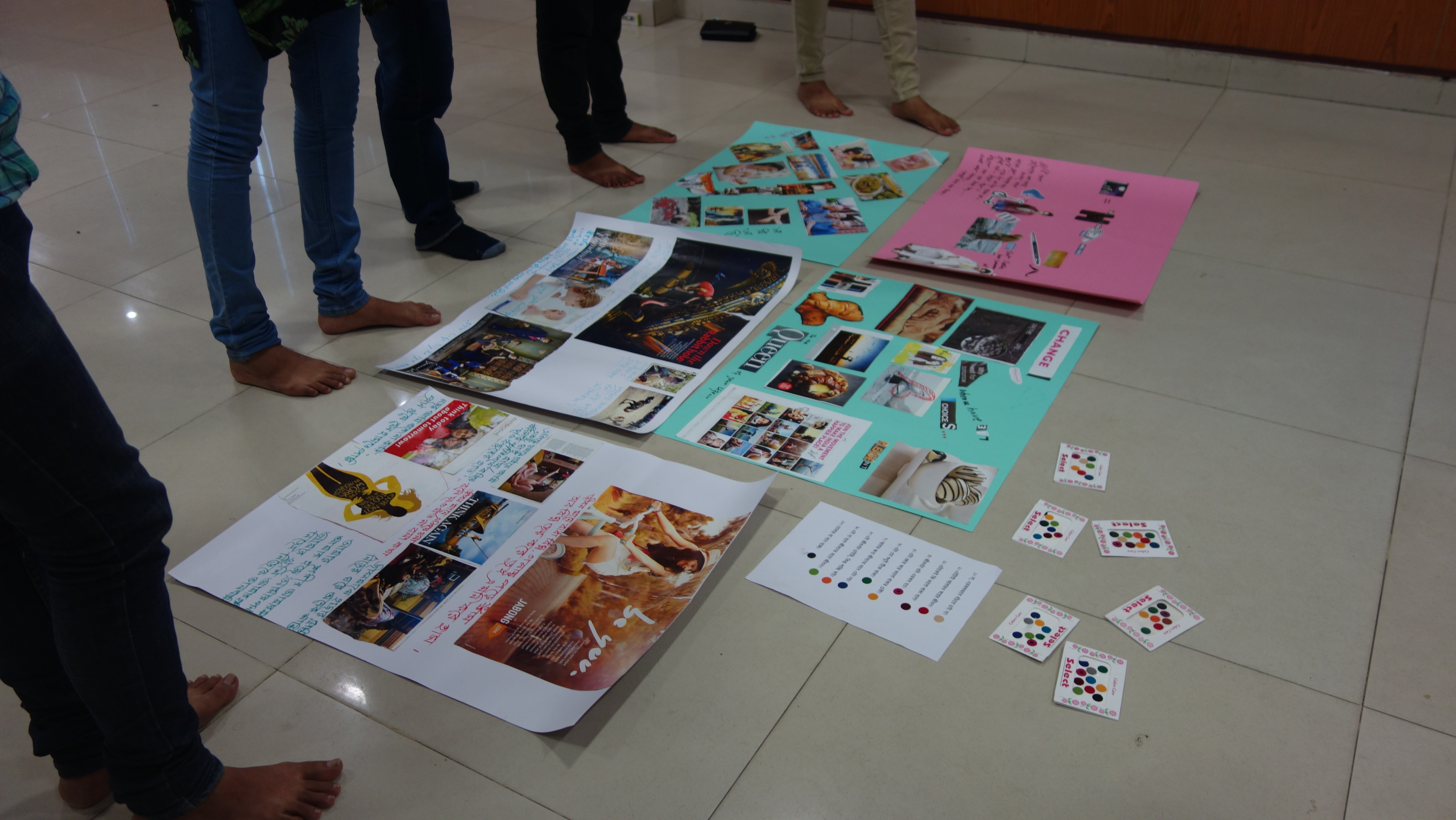 The third project workshop with LBT persons from the districts of West Bengal took place on the 12th of April in Kolkata. Initially eight participants had confirmed for the workshop but eventually only five came. For various reasons health related and otherwise three participants cancelled out in the last minute.

This workshop was taking place in the same venue as the previous one, the West Bengal Voluntary Health Association’s office. The last Sunday before the Bengali New Year, some participants ended up reaching late as there was a great amount of traffic and trains had been running late. All of the participants were from districts in the ‘peripheries’ of Kolkata, and two had recently relocated to the city for work and other personal reasons. This was the first time a person who had recently undergone any ‘Sex Reassignment Surgery’ (in the UK this is usually called ‘gender recognition surgery’) agreed to come and participate in the project workshop.

We began with a small round of introduction about the project and participants. None of the five persons self-identified as a lesbian, or bisexual or as a transman during the round of introductions. It could be because self-identification was irrelevant, uncomfortable and/or as we learnt later from a participant, confusing, as the terms were not clear. The person who had undergone partial Sex Reassignment Surgery self-identified as a man before the focus group discussion began. Since this group was a mix of people from around the districts, most of them didn’t know one another, and similar to the second workshop, we felt that this allowed us to create new connections.

This was followed by an engaging focus group discussion on what we mean by bhalo thaka and tike thaka (liveability and survival) in our daily lives. A vibrant and immersive discussion began which was difficult to bring to an end capturing the inevitable dichotomy of living versus surviving. Few of the participants linked their personal liveabilities to their families, while others drew connections to their financial conditions. The sharing process along with the discussion demonstrated that a combination of personal stability with societal support and familial acceptance is the crux of a ‘liveable life’. One of the participants expressed that when she was younger she was “barely surviving” and now that she is older and heading her family she is living.

The next session was poster/collage making for which the team had collected old magazines before. A variety of liveabilities were brought out with alluring visuals. One of the participants who identified as a man claimed that he could not find a single photograph/writing that aptly conveyed his liveability. This made the team think that unknowingly perhaps we are still suffering from the evils of transphobia and trans-ignorance. The last part of the workshop was the handwritten questionnaire fill up, where participants are asked to write about the places, spaces, and things, all which make their lives liveable or unliveable.

By the end of the workshop the weather changed and there was a storm outside and a storm inside all our minds. Do we ever really sit down to think about what keeps us alive? The group emotions ranged from serious sharing to relationship banter to concern about bhalo thaka and wellbeing.