Workshop for members of Sappho & Sappho For Equality 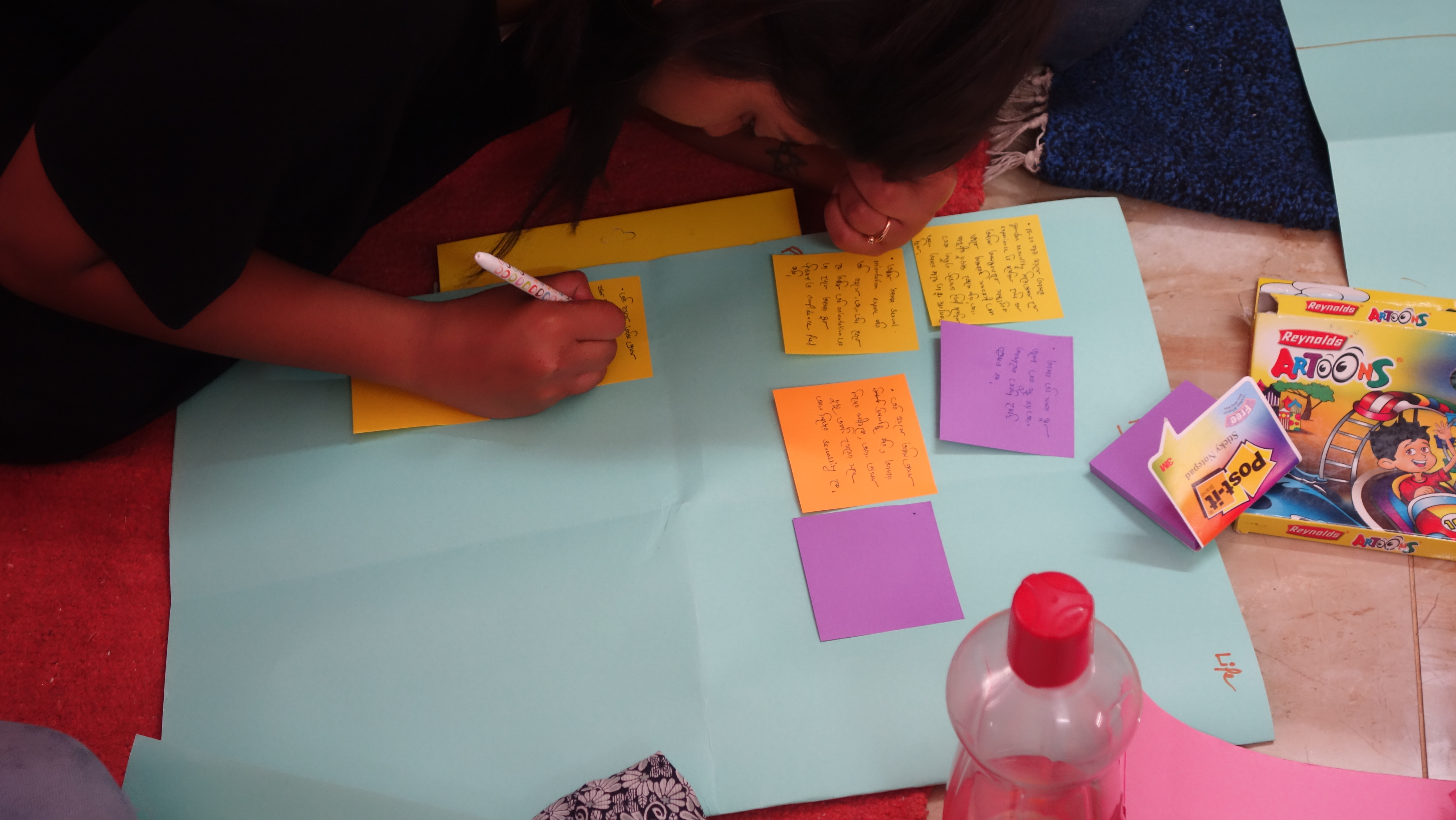 This workshop was planned slightly differently from the previous three workshops. The Liveable Lives team members sat down to brainstorm and decided to add two different processes, one, the focus-group discussion will be turned in to a group presentation on liveability and survival, and two, the timeline will also incorporate a spatial referent. We named this time-space line a ‘life matrix’. We followed up the group discussion and presentation and the life matrix with the collage making and the questionnaire completion.

We started with a project introduction and a quick conversation about the concepts of tike thaka and benche thaka, survival and liveability. As the group work and presentations progressed, an important issue came up: is surviving and living necessarily polarising? On a daily basis we walk to and from the spaces which we survive and which we live. One of the presenters pointed that if she doesn’t live she will never be able to survive. Participants pointed out the fine line and merging points between liveabilities and unliveabilities.

The group work and presentation was followed by a hearty lunch.  Following that, we began the collage making session. Magazines, colours, and other paraphernalia littered the office ground and all the participants were engrossed in bringing out their individual creative sides. A complaint came up repeatedly that the magazines that were given to the participants had almost no photographs of collective resistance, and were extremely glossy and lifestyle oriented. This criticism was absolutely correct because there are hardly any commercial magazines/journals that feature any queer expression of rebellion or even collectivising.

The life matrix followed the collage making. The group as a whole responded with great excitement when the new process of life-matrix was explained to them. The team hoped that unlike a timeline, which focuses on only the timespan of an individual, we added the extra category of space and turned the mapping into a two-dimensional activity. Participants chose life-events that were significant to them primarily around gender-sexuality (but not necessarily so, as some expressed that making this connection with their gender-sexuality was always not possible) and also added the space where it took place but we made sure it was not limited to physical space only.

We started the day with a lot of excitement because everyone who participated and facilitated already shared some camaraderie. Throughout the day this familiarity and friendship blossomed into fantastic group and individual work.