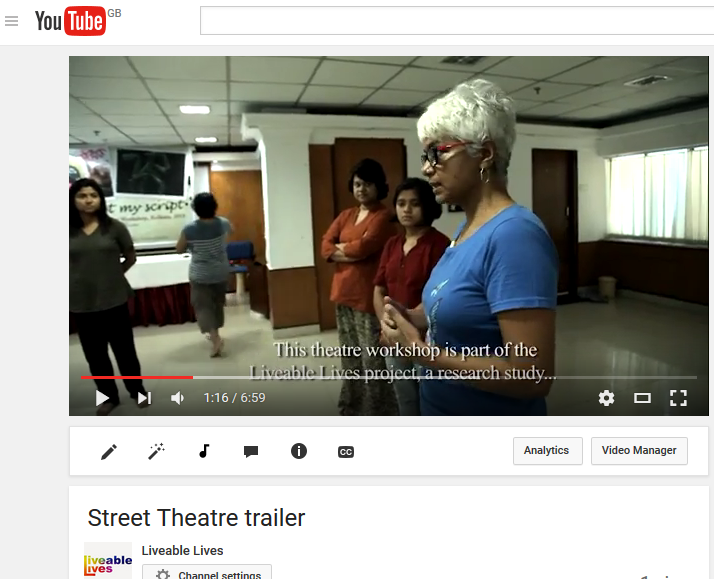 The Liveable Lives project has just released a trailer of the upcoming Liveable Lives short film, giving you a taster of our street theatre workshops and amazing performances in Kolkata (India) and Brighton (UK). In these performances, LGBTQ volunteers shared their ideas about what makes life really liveable, and not just bearable, for them. Then they took these ideas to the street in public performances around each city. How would the volunteers feel, and what would the public audiences make of it? Find out soon when the film is released, and please share this film with your friends, colleagues and people who you think might be interested.

View the trailer at: https://www.youtube.com/watch?v=DnHHu-v84ko